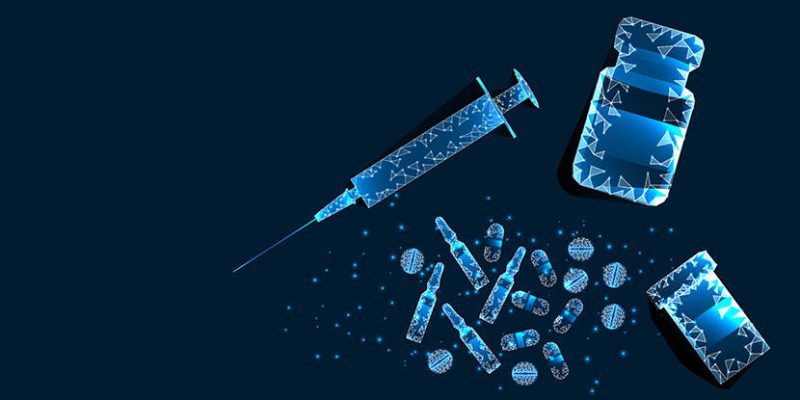 Written By: Susanne Medeiros, Reena Mukamal for the American Academy of Ophthalmology Feb. 02, 2021

For more than a decade, ophthalmologists have treated wet age-related macular degeneration (AMD) with eye injections given every month or two, and dry AMD with antioxidant vitamins. These treatments were groundbreaking when introduced, offering hope for the first time that this sight-threatening disease could be slowed, and in some cases stopped or even reversed. This revolution is undergoing an intriguing evolution. So, what will the next decade hold for the 11 million Americans with AMD?

In short, the latest research is varied, vibrant, and suggests a future in which ophthalmologists will have more effective options to protect people from going legally blind from AMD. Here’s a rundown of the most promising AMD treatments on the horizon.

You lose vision faster with wet AMD than with dry AMD.

Wet AMD develops when new, abnormal blood vessels grow under the retina. These vessels may leak blood or other fluids, causing scarring of the macula. About 15 years ago, scientists created drugs that interfere with this process by blocking a protein called vascular endothelial growth factor (VEGF). Before the creation of these so-called anti-VEGF drugs, people with wet AMD were almost certain to develop severe vision loss or blindness.

“Twenty years ago, wet AMD was a death sentence for your vision,” says Jayanth Sridhar, MD, an assistant professor of clinical ophthalmology at the University of Miami Miller School of Medicine.

Then, in 2005, anti-VEGF drugs broke ground by saving the sight of patients with wet AMD. These drugs stabilize or improve vision in the vast majority of patients. But they must be injected into the eye on a regular basis.

“Today, more durable therapies are coming out, and treatments that may even cure the disease are in the works. There’s a lot of hope for people with AMD,” Sridhar says.

While clinical trials show that anti-VEGF injections have allowed more than 90% of patients to keep their vision, in the real world the percentage is closer to 50%. That’s because people aren’t being treated as regularly as they should. The problem is most people need an injection every four to eight weeks to keep their vision. This can be a difficult schedule to maintain for many elderly patients struggling with other maladies and reliant on others to get them to their ophthalmology visits.

Some of the most exciting research today is looking at better alternatives to frequent injections. It’s not just about convenience; the hope is that a more consistent treatment will also help people keep more of their vision.

Gene therapy is a promising alternative to ongoing eye injections of drugs such as Eyelea, Lucentis and Avastin. The goal of gene therapy is to provide a ‘one-and-done’ treatment by helping the eye make its own anti-VEGF medicine. Two different methods are under investigation: One injects the gene therapy underneath the retina in a surgical procedure; the other injects it into the eye just like a routine anti-VEGF treatment is done in the doctor’s office.

There are four different drug candidates under investigation for wet AMD and one for dry AMD. Despite the promise of gene therapy, the long-term effectiveness remains to be seen. Among the challenges it faces is the likely sky-high cost of such a treatment.

New methods of delivering drugs to the eye

One promising approach that could be available soon is a refillable drug reservoir. The port delivery system (PDS) is a tiny refillable device that stores the anti-VEGF drug Lucentis. No bigger than a grain of rice, the port is implanted into the wall of the eye, just under the eyelid, during a surgical procedure. The device continuously releases drug to the back of the eye over time. Instead of an injection every six to eight weeks, patients might get a fill up once or twice a year at the doctor’s office. The device can be refilled using a special needle. The latest studies show many people treated this way were able to go 15 months in between treatments.

Anti-VEGF treatments are effective because they target one key factor that contributes to wet AMD: VEGF. But what if one drug could treat two underlying causes of AMD? That’s the idea behind the drug faricimab. It targets both VEGF and the protein angiopoietin-2. It’s injected into the eye like a standard anti-VEGF treatment, but it lasts a long longer. The latest research shows patients could go up to four months in between treatments. However, this data is so new that it has not yet been published in a peer-reviewed journal.

Drugmakers are creating new anti-VEGF treatments that do not need to be injected into the eye as often as Eyelea, Lucentis or Avastin.

Novartis’ new drug, Beovu, is now approved for use in the United States. About one in every three patients using Beovu can go for as long as three months before needing another injection. Beovu may do a better job than other drugs of drying retinal fluid in patients with wet AMD.

Allergan’s Abicipar is still in phase 3 clinical trials and has not yet gained FDA approval. Studies suggest this drug allows patients to go three months between injections. This drug is also being evaluated for macular edema.

Another injectable medicine — Sunitinib by Graybug Vision — has the potential to give patients 6 months of durability between treatments. Sunitinab is just entering Phase 2B clinical trials. It may still be 3 to 5 years away from becoming available.

About 8 out of 10 of people with AMD have the dry form. Dry AMD occurs when parts of the macula thin with age, and tiny clumps of protein called drusen grow. You slowly lose central vision. Depending on severity, dry AMD is considered early, intermediate or late stage.

For people with intermediate disease, a formulation of antioxidant vitamins called the AREDS2 formula can help reduce the risk of vision loss. But for people with late-stage AMD, also called geographic atrophy (GA), there is no treatment available. However, there are several promising clinical trials underway.

A part of the immune system called the “complement cascade” has long been identified as a culprit in AMD. Two new drugs that target the complement cascade and stop it from attacking the retina have recently advanced to late-stage clinical trials. One (pegcetacoplan, APL-2) targets a complement protein called C3, the other drug candidate (Zimura, avacincaptad pegol) targets a different protein in the cascade, C5. Like currently available treatments for wet AMD, these drugs are injected directly into the patient’s eye. Already proven safe in people, researchers are now investigating whether they can substantially improve vision. Results are expected in about a year.

Another concept under investigation is the possibility of replacing some cells that begin to die in late-stage dry AMD. Stem cells may be able to replace the retinal cells that are killed off by this disease. Doctors are devising ways to transplant these stem cells into the eye. One strategy is to layer the stem cells on thin scaffolds. Another tactic is to put the cells into a fluid suspension that can be injected under the retina. Stem cells have been tested in small clinical trials and they do not have unexpected side effects. It may take about 10 to 15 years for these therapies to be fine-tuned and proven effective in humans.